Andreea B, just fourteen years of age, with her real name Beatrice Lazar, singer, songwriter and composer, was born in Bucharest, Romania, and has been making waves in Romanian music scene since first appearing on national television at the age of 7; she has won multiple singing awards and has since launched her own singing career. Her new single, Impulse, has been released for download throughout the world via iTunes and Amazon. Touted as Romanian Taylor Swift, as her fledgling career goes from strength to strength, Andreea B, who appeared on Romanian TV talent show Kidsing and won hearts and minds, has gone on to sing multiple times on national live radio and is now releasing her first single. She has more than 100 years of artistic blood, being 4th generation of artists. In 2012 won also in Croatia ViceWorldChampion title on tap dancing, her’s age.
Andreea is thrilled and excited to be releasing her single online for people around the world to listen to, enjoy and download. All proceeds from the download will be going directly to Andreea and will be held in trust to be used for her education, meaning every purchase will help Andreea pursue her talents while furthering her education. The single is available now, and the site has full social media integration to help people share their fandom on Facebook, Twitter and YouTube. We look forward to seeing this song spread around the world. 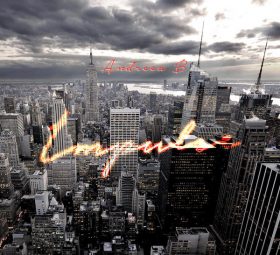